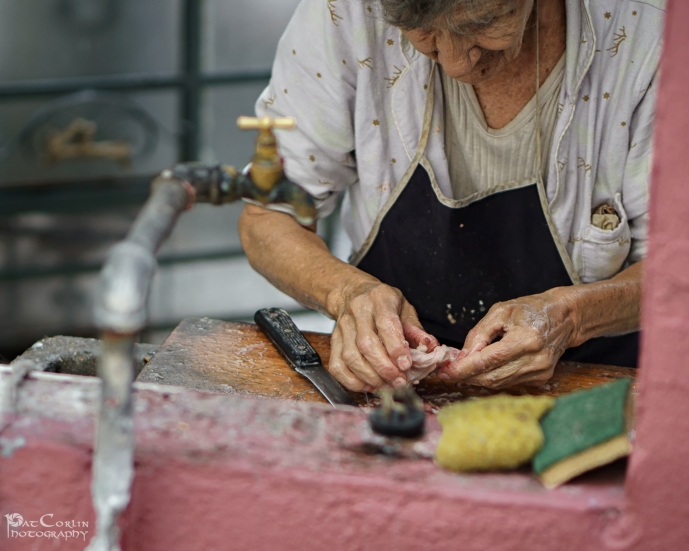 It gives me great pleasure to pay tribute my new friend Mimi on International Women’s Day. This incredibly hard working woman, Mother, Grandmother, and soon-to-be friend could speak no english. I could  speak little to no spanish, yet that never seemed a concern. Mimi welcomed our group to her Casa where she and three generations of her family cared for us during our stay in Havana. She and I seemed to understood each other, easy enough. It wasn’t long before we were laughing and hugging each day. When the news of my brothers passing was received, we found ourselves embracing in tears as she gently comforted me in my loss.

The Urban Dictionary describes the word ‘Mimi’ to mean ‘a wonderful friend. Sweet, funny, sarcastic, but GREAT and beautiful.’ How perfect.

Upon stepping into Municipal Library Gustavo Izquierdo of Trinidad at #265 street Marti in the commercial and administrative area of the city center, my senses were assailed with the scent of old (and I mean ‘weary’ old) books. The building itself was stately but in desperate need of repair, as much of Cuba is. It contained rows of shelves, neatly lined with well used, yellow paged books, many with rebuilt bindings and all somewhat faded of color. The black and white tiles on the floors were rather striking and under all that age, the past splendor of the original building could not be denied. I closed my eyes for a moment and easily imagined a huge ballroom full of dancing, beautifully dressed guests. The shutters, if there were any, hung in tatters on crooked window frames, no blinds were present so that natural light and dust were free to drift in. There were no doors on the baño which was tragically outfitted with ‘more than’ seriously challenged plumbing. The center courtyard was home to what must have once been a lovely fountain but it clearly had not seen flowing water in years. And yet … like everywhere in Cuba, there were people making the most of what was available to them and the quest for learning was all around us. Individual rooms around the courtyard were buzzing with office activity and very small class rooms held adults studying with an educator. Two older women were learning English, making me smile.
According to information collected by the *UNESCO Institute for Statistics (UIS) on behalf of UNESCO with 2015 estimates based on people aged fifteen or over, Cuba has an outstanding literacy rate of 99.7%! Education is available to everyone in Cuba and mandatory from 6 to 15 years of age. Students are offered free education through university, medical school, technical schools and other professional programs. Everyone in Cuba is expected to work and everyone is expected to read. There are some 400 public libraries in Cuba and all are overseen by the National Library director. There is a large library in every municipality and a smaller library in each community. There are even branches in remote areas on the island. I was very pleased to learn through publiclibrariesonline.org that all public libraries in Cuba also provide services for people with disabilities. There are libraries in every school, classes are required to attend the library once a week and often they are open for evening classes, as well. Adding to Cuba’s extraordinary commitment to reading and education, there is a University in every province of Cuba that provides a five year library degree program where graduates receive a BA degree in librarianship and the science of information.
Extraordinary!
Pat Corlin Photography
All Rights Reserved
http://www.PatCorlinPhotography
More images of Cuba:
http://www.patcorlinphotography.com/Galleries/Travel/Travel-Cuba/
‬#Biblioteca #Library #Books #YearOfEducation #LiteracyBrigades #CubanLiteracyCampaign #ConradoBenitezBrigade #PopularAlphabetizers #FatherlandBrigade #SchoolTeacherBrigades #KingSejongLiteracyPrize #MunicipalLibraryGustavoIzquierdoOfTrinidad #Cuba #Trinidad #LoveCuba #TGLCuba‬ #TheGivingLens #TravelPhotography #SonyAlpha #BorrowLenses 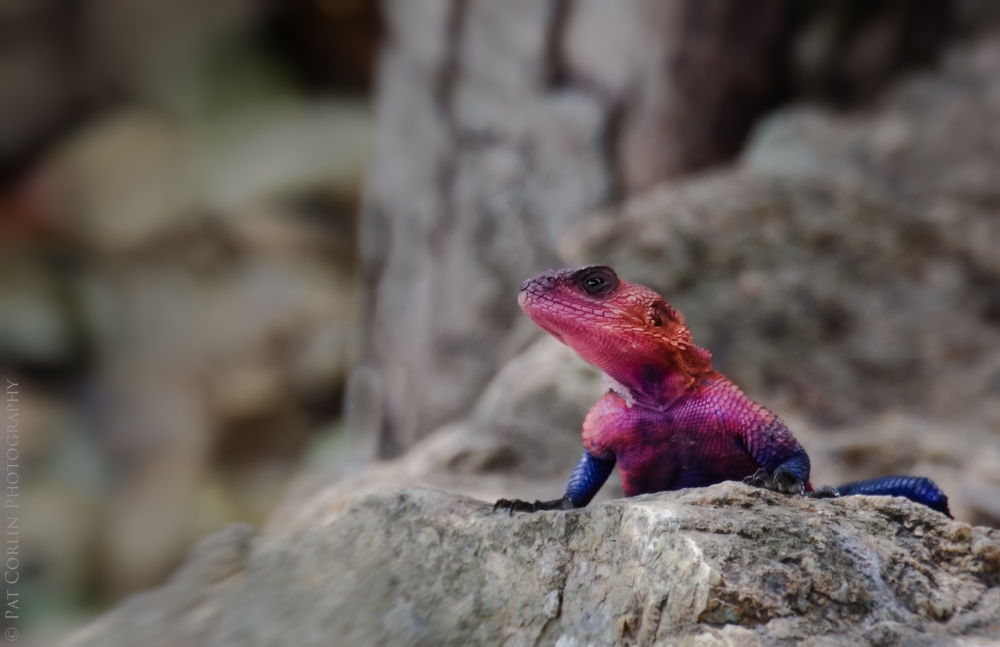 The Agama Lizard, found all over Tanzania, is often rather inconspicuous with it’s tan and grey coloring. That is until mating season! It is then that the males of the species burst into stunningly vibrant colors to attract females.

Wrap your head around this because at this rate … they WILL be gone forever! “North of Zimbabwe, in central Africa, an estimated 23,000 elephants, or roughly 60 each day, were killed last year. A pound of elephant tusk sells for about $1,500 on the black market. That’s more than double the price just five years ago. Ivory is used to make carved ornaments and trinkets.”

As a child growing up in the late 60‘s and early 70’s, I was a devoted viewer (ok, OBSESSED is a more accurate term) of every network television show that I could find with animals in the cast. To name a few there was Flipper (Duh ;-),  Mutual of Omaha’s Wild Kingdom,  Lassie, Wonderful World of Disney, Bonanza … because they road horses (and I had a huge crush on Little Joe but that’s another blog entry), The Beverly Hillbillies because their cast members included chimpanzees, dogs, a deer, opossums, bears, goats, raccoons, kangaroos, AND Green Acres because they “adopted” a pig named Arnold Ziffel as their son. I truly loved watching them all but when DAKTARI came on the television NO ONE could touch the knob!!! It was my HANDS DOWN favorite from the moment I saw the first show and I dreeeeeeeamed of becoming a veterinarian so that I could travel to “The Compound” in Africa to work with Dr. Tracy! Because of course, I KNEW his daughter Paula was going to have to get married someday (as all girls did back then … meh)! And I KNEW that I would to be the ONLY person that Dr. Tracy would accept to replace her!!! Mostly because I would be like a second daughter to him and NEVER get married and leave The Compound, because why would? I couldn’t wait to go to AFRICA and work with Clarence The Cross Eyed Lion!!! Yah, well let me tell you, I really believed ME back then and it was because of Clarence that I dreamed of  becoming that veterinarian and finding my way to Africa.  As childhood dreams often morph into strange versions of the original, as an adult  I did not actually pursue a career as a veterinarian but I did become a professional dog groomer  😉  and I have a very special affection for Chow Chows! Funny, right?

Now, some 40 years later, (ahem, did I write that out loud?), I found myself on the Serengeti with my daughter by my side, massive cameras in both our hands … and although this boy is NOT Cross Eyed and he did NOT (probably a good thing) jump on me for hugs and kisses like I’d dreamed of since my childhood, I did find MY Clarence … I’ve named him “NIK” and I finally brought him home!

Gift Giving that Makes A Difference To A Child and also PAYS IT FORWARD!

Unique Images of life on the in a Maasai Village and the unforgiving yet breathtakingly beautiful plains of the Serengeti National Park in Tanzania, East Africa. Each artist’s collection includes four, 5×7 all occasion cards with envelopes,  printed on “Illuminating” Premium Glossy, 130 weight card stock. Available for purchase for a Limited Time with a sale price of $20.00 plus shipping.

The Photographic Artists are donating ALL profits from the sale of these collectible cards to purchase school supplies for the schools visited while in Maasai Land, Karatu and Moshi, during our journey with The Giving Lens through Tanzania, Africa.